Toronto’s bar scene is unlike any other city I’ve been to, in the sense that there is no middle ground. You’re either paying a $20 cover to get in or it’s a dive bar. In some cities, dive bars are shady and are best avoided. In #the6ix, a dive bar means that you’re going to have a fun night with friends and meeting people that aren’t standing around in their suits or heels with a bored expression on their faces. (Apparently, that’s what a $20 cover buys you.)

Imperial Pub has been a staple in the Yonge-Dundas Square area since it first started as an inn in 1944. The family-owned pub transformed into Toronto’s “Library Pub” when liquor laws stated that only an inn, restaurant or hotel could sell alcohol. Although there is a pub located on the first floor of the building, the somewhat-hidden second floor is where the fun is at for young professionals and students. Feel free to leaf around the many bookcases in the Library Lounge, play a game of billiards or chat with some friends on the couch.

Hidden inside Kensington Mall is where you can impress your friends with your knowledge of underground bars. Head down the sketchy hallway and open the door under the flashing red light. Is there a woman making dumplings? You’ve come to the right place. Though Cold Tea is probably one of the strangest bar experiences I’ve had in Toronto, its small space means that you can catch up with friends without yelling over the chatter of too many people. The front room tends to play loud music, but grab a table in the back room to grab a drink with friends.

Best nachos in town. Retro hip hop night. Weekend brunch. If that didn’t catch you attention, then the graffitied sign outside of the bar definitely will. And spoiler, it only hints at the amount of graffiti decorating the interior.

Cabin Five was made for the kids who just want to dance without enduring overcrowded student clubs or overpriced and overcrowded regular clubs. This is mostly thanks to their sneaky entrance, which is in an alleyway between two buildings. The small space is only open on Friday and Saturday nights, but their no-nonsense vibe makes it one of the best places to go dancing with friends.

If you secretly like to roll your eyes at bad beer puns and questionable pro-alcohol quotes, this is the place for you. Their chalkboard outside the bar draws you in with quotes from Ernest Hemingway or N.F. Simpson-

“Reality is an illusion created by a lack of alcohol.”

And you kind of agree and head on in for a drink. The servers are friendly and so are the people there. As Duke’s is right across from the Chelsea Hotel, most are from out of town. And spoiler, the out-of-towners are some of the most open people you’ll ever meet. But if you’re not looking to make small talk with randoms at a bar, there’s always the option for a growler of cider (2L / 64 oz.).

This one was a more recent discover, but it’s definitely on my go-to list now. Up until visiting this bar, music selection hasn’t been something I really took notice of- unless it was a constant Top 40s playlist. (In which case, I pulled an N’Sync and went Bye Bye Bye.) Pour Boy didn’t even touch the Top 40s… of today. Instead, it was an amazing classic rock playlist that will have your friends singing along and doing air drum solos that would only be appropriate on road trips.

What are your go-to dive bars in Toronto or in your city? Let me know in the comments below! 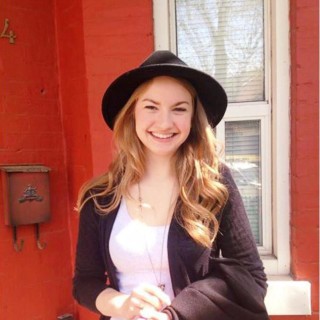